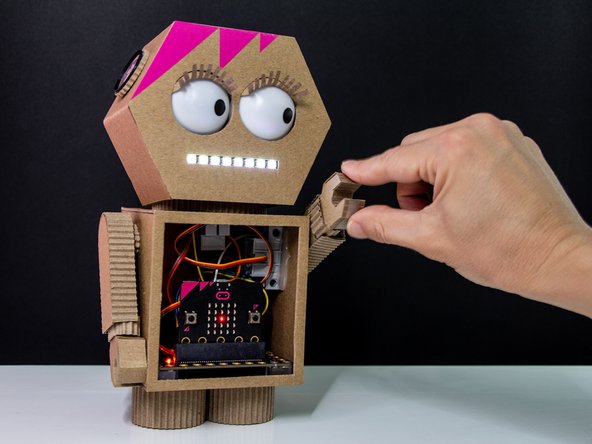 All she wants from you is a high five to keep her love for you alive. A high-fiving robot made with Crazy Circuits and micro:bit.