Written By: Andy Wallus (and 2 other contributors) 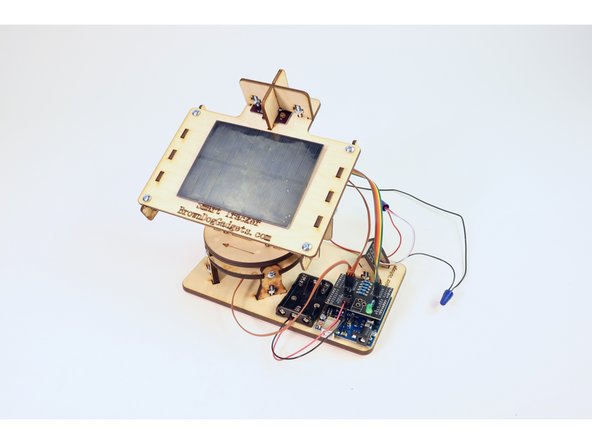 The Dual Axis Smart Tracker 3.0 is a project designed to teach engineering and programing. The project uses a custom Arduino shield and sensor holder, a custom laser body, and code. The kit includes everything you need to build the project.

If you'd like to build your own from scratch, or customize part of this project on your own, you can find our Open Source resource files here.

Our Open Source files include: