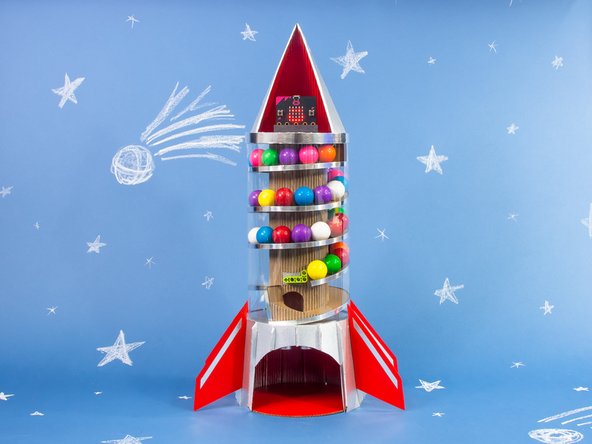 A Touch-Free micro:bit Gumball Machine. When you place your hand in the base of the rocket, the machine administers a gumball, without touching a thing!