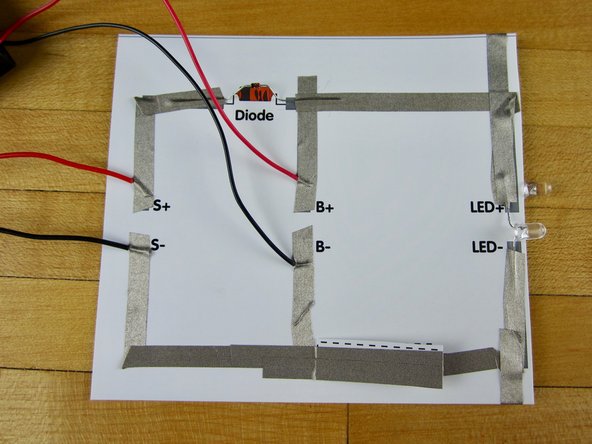 Creating a simple solar flashlight is quite easy to do with a few components. Instead of soldering one together we're making ours on a printed card stock template and hooking everything together with Maker Tape.