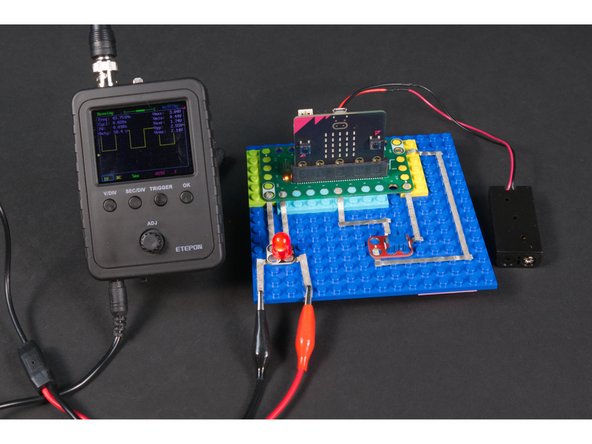 The micro:bit can use PWM (Pulse Width Modulation) to control LEDs, servos, and other components. You can see what a PWM signal looks like with an Oscilloscope.