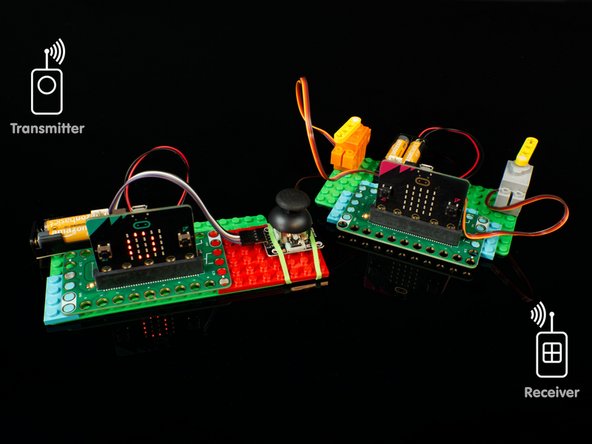 Use one micro:bit to control another! We'll build a simple remote control we can use to drive around a LEGO car.