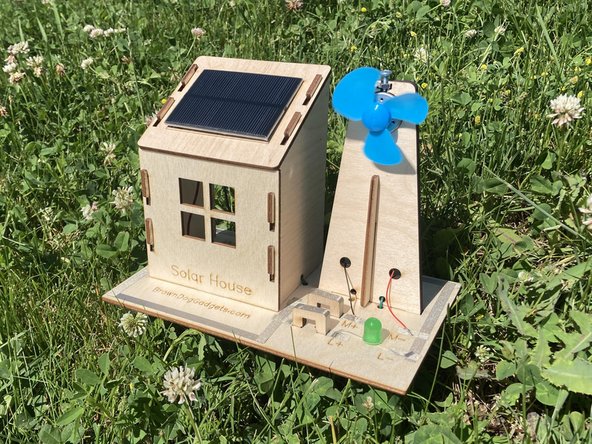 Build your own Solar House and use the power of the sun to turn on LEDs and an electric fan.

(Note: This is a prototype of a new product, and this guide may change in the future.)