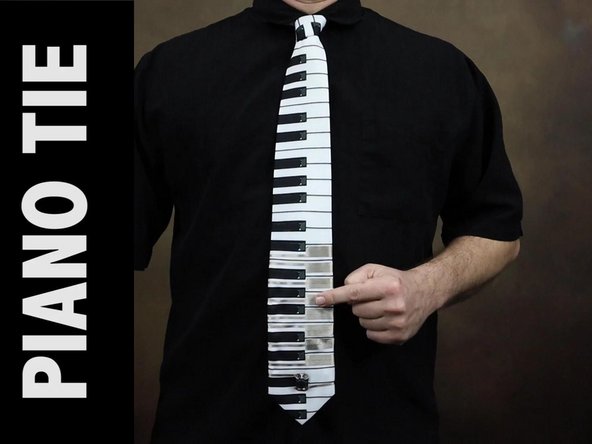 The 1980s brought about many great achievements in fashion and music. There was synth music, the funky keytar, leggings, and the classic men's Piano Necktie. These ties were worn ironically (and unironically) by many fashionable (and unfashionable) men and women. They projected a statement of "I'm wearing a tie, but on MY terms."

Now that we've had some years to improve our fashion senses it's high time we repurposed those old piano neckties into something more 21st century! That's why we turned a dull piano necktie into an actual working piano necktie using a Crazy Circuits Invention Board and a whole bunch of nylon conductive Maker Tape.

This project is extremely simple to build. It requires zero programming skills and zero sewing skills since we're not actually sewing anything! If you can apply tape to a neck tie you can build this project. It's a great beginner project for anyone interested in fashion, wearable technology, basic programming, or living life 80s style.