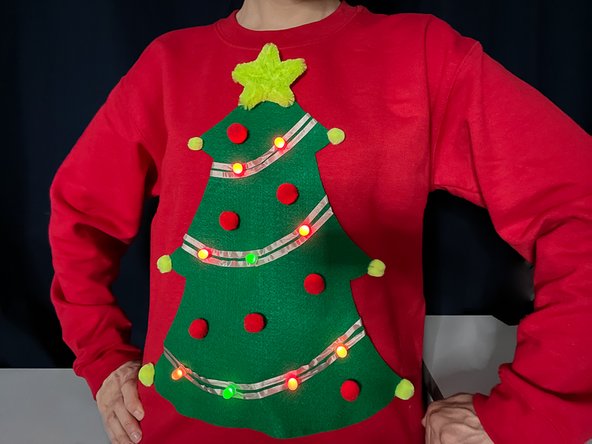 Make this simple Light-Up Ugly Christmas sweater in less than an hour! You'll be festive in no time!